The Sims 3: World Adventures was my favourite expansion pack that was ever made for The Sims.

I loved the adventuring, the mystery, the hunting and the tomb raiding. So when I heard that The Sims developers were making a game pack for TS4 that incorporated these similarities with TS3 World Adventures, I was over the moon.

The Sims 4 Jungle Adventure game pack includes a new vacation town called “Selvadorada”. This town is based on the Spanish/South American culture. The housing is villa-like, the new town sims all have beautiful Spanish-sounding names and the cuisine is very South American. There are few locations where your sims can rent a villa to stay in, a Selvadoradian Museum, a local bar and of course the mysterious jungle where your sims can explore to find the temples.  There are also new skills involved in this pack which include the Archaeology Skill and the Selvadoradian Culture skill. In Create-A-Sim there are new clothing items and hairstyles that fit the culture and the archaeological aesthetic and there are some new traits that I think is always a nice addition to the game. 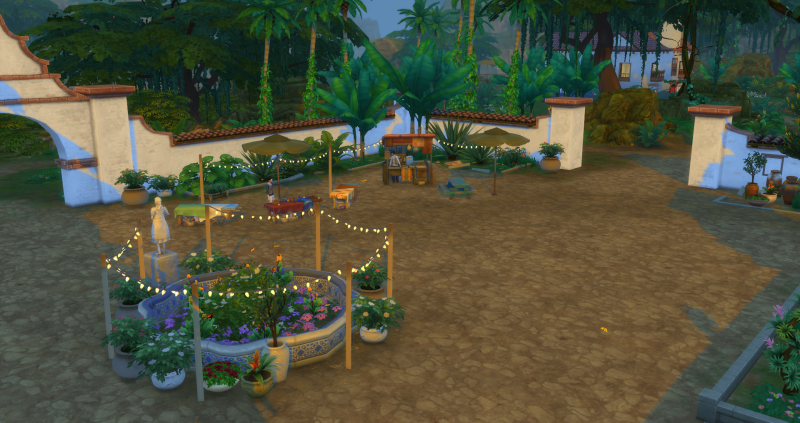 Before you head into the jungle its best you go and buy some supplies to keep you safe. In the town square there is a little market set up where some Selvadoradian locals sell a bunch of supplies. These include:

A machete – to cut through vines along the jungle paths
Waterfall in a bottle – a shower on the go
Fire foam – to put out a fire if you are set alight
Prepared grilled cheese – so you can defeat your hunger
Bug repellant – to get rid of bugs such as spiders
A tent – so you can sleep on the go
And many more items.

Once you’re all prepared, you’ll then head to the Belomisia Trailhead in the Belomisia Jungle. This is where the mystery begins. Each area you reach in the jungle have a bunch of different secrets such as where it is located, what treasures it’s hiding and new collectables to search for. My favourite area is the beautiful waterfall that sends your sims into a flirty mood. The scenery is stunning and it is so graphically pleasing. 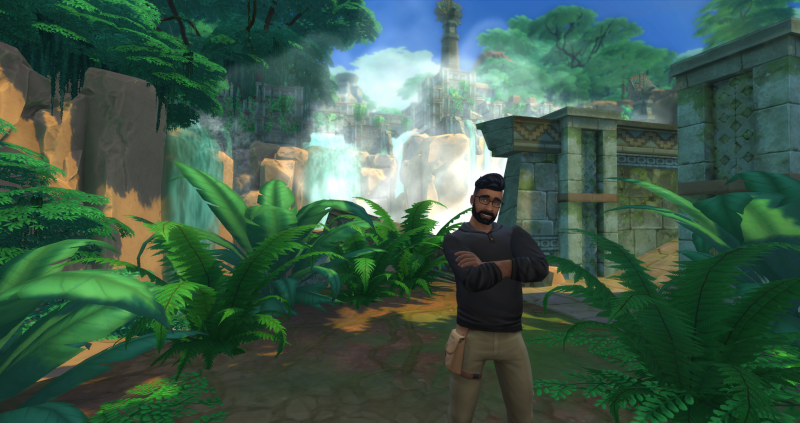 Heading further into the jungle you may be lucky to stumble across a temple where you can search for and uncover special artefacts, solve the puzzles to unlock the doors and delve deeper into the temple and come across some living dead friends! I personally like the temple ruins and how you have to study the puzzles but I do think some of the puzzles are quite bland. However that is also a good thing in my eyes because it means my sim can take less time trying to unlock the doors to get to the main treasure and spend more time excavating for artefacts. 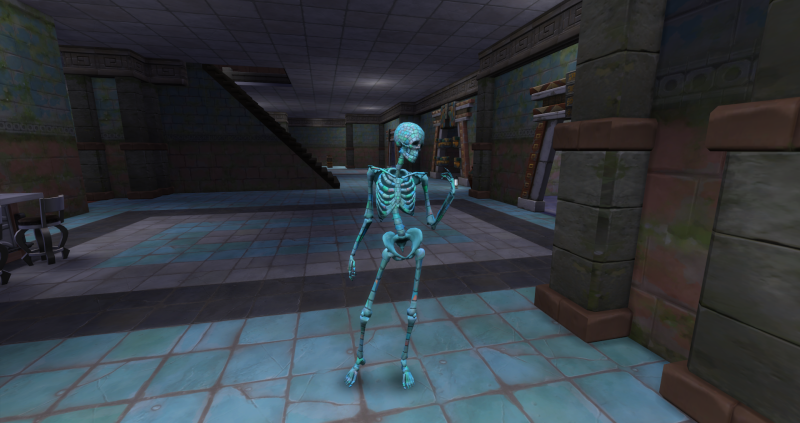 The addition of the Archaeology skill really excited me. It made me think of Indiana Jones and I love those movies. Being able to search for artefacts and analysis them was one thing but getting my sim to level 10 in her archaeology skill meant that all the artefacts she analysed were worth so many simoleons. My sim was able to quit her job as an E-sports gamer and open up her own retail store selling all the artefacts she found in Selvadorada. She also gets sent artefacts to analyse and gets paid thousands of simoleons for figuring out what ancient artefact it is. It is a very hands on skill and that is what I love. The ancient artefacts are so beautiful and some of them look so real – like what you would find if you were to go on a real treasure hunt in a lost world (the mask and the plate in the picture below for example). This pack is one of my favourites. I am super impressed with all the hard work The Sims developers have put into this pack. The graphics alone are super beautiful in each part of the jungle and the sims in the new world are an incredibly fun introduction to the South American culture. Even though this is a game pack and not a full expansion pack, this does include quite a fair bit of content and I am so grateful for the effort the developers have put in. I would recommend this game pack to anyone who plays TS4 and if you only have the base game and no extra packs, this is one you should look at getting first!

*All screenshots are my own and taken from my game*

Installing an SSD Into Your PS5